Last week we launched the trailer for Avatar Secrets to a packed house at The Windsor Arms Hotel in Toronto, as part of Social Media Week.

The crowd, which had come together to talk about trends in media, technology and “the people formerly known as the audience”, was the perfect group to share the sneak peek of our trailer with. After all, the project examines the intersection of “social” and “media”: how and where community, connection, empathy are interwoven with technology, Internet, games, and gadgets.

For the Avatar Secrets team – incredibly, all together in one place for the first tie since the beginning of production – this event was about two things: 1. Sharing the trailer for the project in all of it’s visual glory, and 2. connecting with the audience, in person, to celebrate this milestone in production. 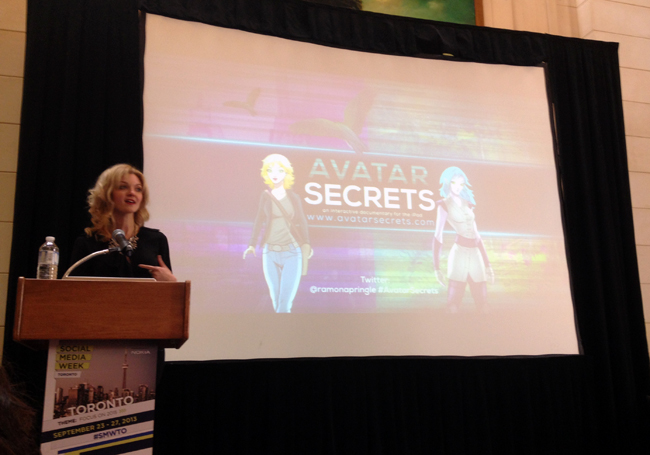 Here’s a quick recap of the presentation:

The Beginning.
The Social Media Week trailer launch was an exciting milestone in the life of this project, and an opportunity to go back to where the story began. (See this post on “The Beginning” for more on that…)

The People & The Stories.
More than anything else, it was the people I met in the course of my research, and the stories they shared with me, that pulled me into this story in the first place. More than video games, technology, or gadgets, Avatar Secrets is about people, identity, community and connection.

The Human Connection.
We have more ways of connecting than ever before, and yet there’s a growing sense of disconnection among us. We’re busier than ever, a phenomenon documented weekly by major press outlets… It seems that “busy” is the new “normal.” But what does that mean for our lives, our communities, our relationships, and ultimately, our sense of fulfillment at the end of the day? In his book Bowling Alone, author Robert Putnam talks about the decline of community since the 1950’s, how, in the era of family values we got cars and TVs and moved to the suburbs, and how we stopped being a part of communal activities like – as the title suggests – bowling leagues. But just because we’re not connecting the way we used to, doesn’t mean we’re not connecting… In fact, our desire to connect is one of the greatest lures of the digital world. And so great is that allure of the connected digital world, that it could in fact teach us about what we are looking for and longing for in our real lives. 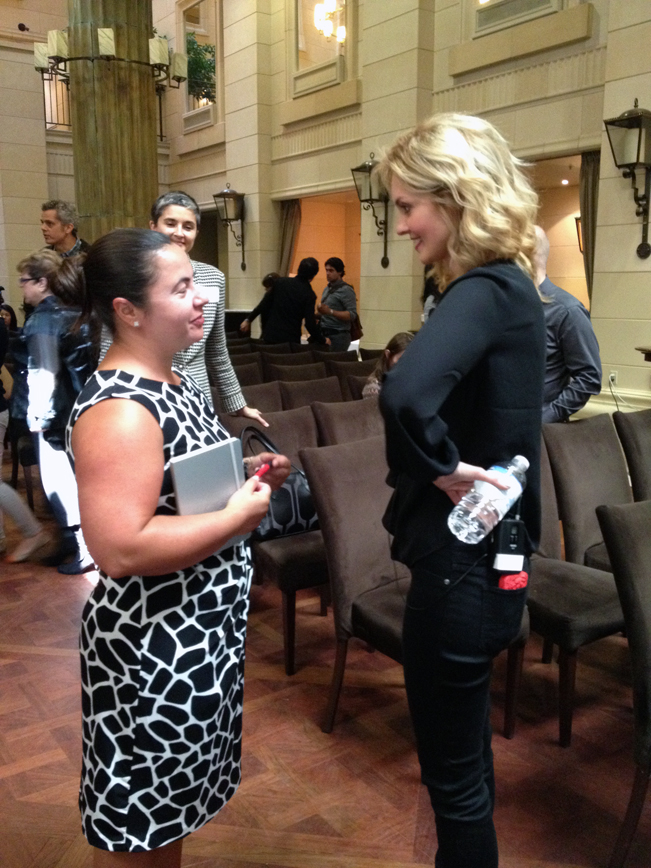 The Rabbit Hole.
It wasn’t enough just to document a phenomenon and chronicle the lives and experiences of others… and so I began to play myself. And while I started off as a virtual tourist, an onlooker from the outside, it didn’t take long until I’d tumbled down the rabbit hole, into the massive real of online games…

The Secrets.
That was when I started to stumble upon the secrets. Early in my experience in the game, I started having “aha” moments, that there were incredible lessons to be learned about ourselves, and the real world, from inside of the virtual frontier – from knowing yourself and really being honest about who you are and what you want before “heading into battle”, to one of the most profound lessons, Asking For Help. For generations we’ve been raised to be self sufficient and independent, and that’s commendable, sure… but we grew into adults who had expectations of ourselves not just to do anything we wanted, but to do everything, on our own… And is it really making us happy? Is it sustainable? The game quickly teaches us, there are no extra bonus points for going at it alone. These lessons, reflections and “aha” moments, became the Avatar Secrets… real world wisdom from the digital frontier.

The Cultural Phenomenon.
As I started uncovering the Avatar Secrets, the natural next step was to find out what the experts – from sociologists, to futurists, to technologists – had to say about these social trends – in the real world, and online.

The Challenge.
Th biggest challenge was, how do you tell a real story that takes place in the virtual world, and how can we visualize the “hybrid reality” in which we are constantly connected, and constantly straddling two worlds?

The R & D Process.
Months of creative and technical research and development went into how we would visualize the hybrid reality and how we would transition between worlds, eventually deciding on three stylistic effects: a drawn, graphic novel style that is interspersed with cinematic content; a flickering, fragmenting effect, to pull us between real and virtual worlds… as if the two worlds, or two realities, are continuously layered on on top of the other; the use of the Z azis to move between those worlds and layers, to push deeper into the story, and pull back into “reality.”

The Format.
The iPad. We decided early on that we wanted this project to be a foray into storytelling for the tablet experience… it is, after all, a story about the digital world. Developing for this new platform has been another huge component of R&D… integrating the best, most engaging and user friendly features of different media and platforms into one app… but more on that, later.

The Creative Team.
This project is a testament to its creative team. Small but mighty, everyone bring unique talents to the table, often doubling up in different roles throughout the process. And Avatar Secrets isnt’ just my story… many of us working on the project, are also part of the unfolding narrative…

The Trailer.
Hope you enjoy! Stay tuned to the site for more news, details, and behind the scenes information leading up to our Spring 2014 release.