In Conversation With Illustrator Michael Derrah

They talk about how the Fountain Scene —  the first scene that was rendered for the project’s prototype came to life, and how Mike worked with the rest of the team — under the artistic supervision of creative director and lead artist Michaele Jordana, and with animator Olney Atwell, who brought the brought to life in 3D space. 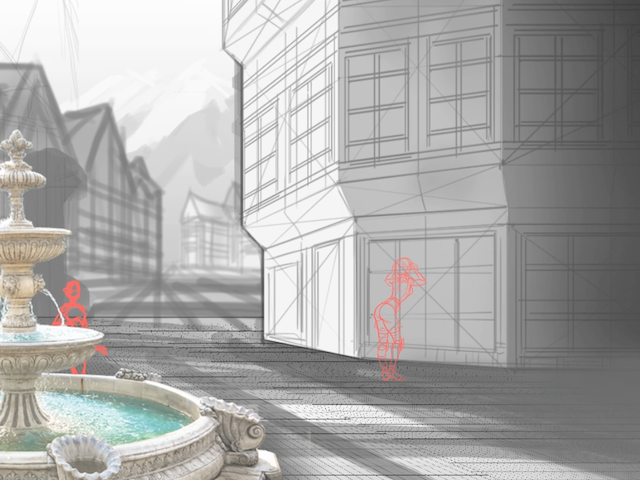 * Ramona talks about the purpose of the ‘Making Of’ content and how the team wanted to give people a sense of what the process has been like. She also speaks about the challenges of creating something new and the process of figuring out how the virtual world and real world could be integrated into each other.

* Mike talks about the challenges of making the Fountain Scene from a technical point-of-view… how many planes of artwork would be used, how detailed would the artwork be and at what resolution… He talks about the importance of the scene as a thematic motif repeated through the whole narrative.

* Ramona refers to Mike as being the ‘person who brings things to life’ and asks about the inspiration for the design elements.

* Mike talks about the design elements as a balance between the fantastic and the familiar, and how his experience exploring video game worlds and working with game developers influenced his approach.

* Ramona remembers something Olney said about it taking ‘forever’ to build your first boat… then segues into a question about the breakthrough moment in the scene.

* Mike talks about having all the elements of the scene roughed out and seeing, for the first time, the virtual camera moving through the scene.

* Ramona talks about the excitement of seeing the first render.

* Mike concurs that is was a ‘eureka’ moment and talks about his favourite moments in the scene… the buildings and the way they were designed as well as the characters and how he worked to make poses really strong.

* Ramona asks Mike for his suggestions about other interesting behind-the-scene topics.

* Mike says he liked to examine the process of how the artwork evolved over time.

* Ramona wraps up the conversation with a ‘thanks’ … and ‘back to work!’ 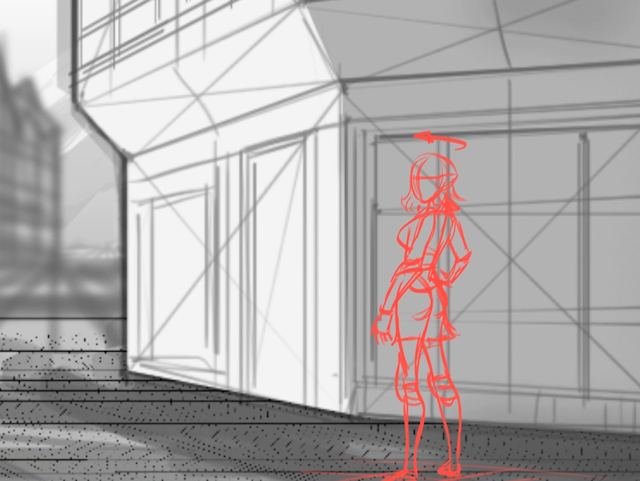 Avatar Secrets > The Format > In Conversation With Illustrator Michael Derrah