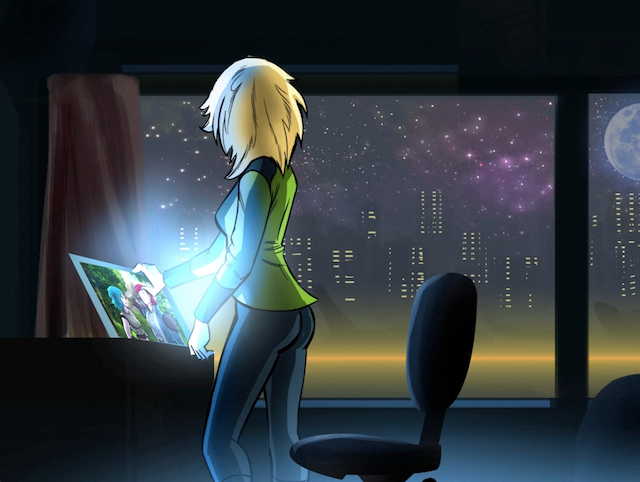 There are all sorts of games that we play. There are games of strategy, games of skill, games of chance… and then there are the games we play when it comes to relationships… games of the heart.

I thought I was done with games when I met Blake. He was the guy I was going to marry, the Prince Charming I hadn’t realized I’d been looking for.

I was living in New York, surrounded by great friends, teaching at NYU, and working as an interactive producer at PBS. Everything had fallen into place.

Then, like an unlucky roll of the dice, my visa was up and my mom got sick, and so I gave up my job and my lease, boxed up everything I owned, and I moved home to Toronto.

The only thing that made life bearable in that moment, was knowing that I had someone who loved me, someone I could lean on.

A week after I moved back, Blake broke up with me – when I needed him the most. He said I made him “want to be a better man, but he just couldn’t be that guy”. Whatever that means.

Breakups are funny, in a devastating kind of way.

The only hope I had was a secret about love I’d learned through romantic comedies: that this is where the story starts – when things just can’t get any worse.

I’d given up my life, my apartment, my job. I needed something: direction, wisdom, divine intervention. And where some people might have turned to God, alcohol or therapy, I decided to go online.

I know that a video game is one of the most unlikely places to go searching for sage wisdom. But I couldn’t pick up and trek to India, and this was the next best thing. In fact, for me, this was better.

The summer before, I’d been assigned to cover one of the biggest gaming conventions in the world. What I saw there blew my mind. There were tens of thousands of people, gamers dressed as avatars come to life, and the adrenaline was infectious – this was a phenomenon – but there was more to it than that. This was a community.

They told me stories of mourning when their fellow gamers had a death in the family, and celebrating when there was a new birth. Couples held hands and pushed baby carriages. I thought about my girlfriends and I, all with these so called fabulous lives we’d worked so hard for, and yet could we really say we were happy? All of us were missing something.

That week, I sensed a big shift. This was about more than a game. As we spend more and more time attached to digital devices, as the pace of life races ahead, as we struggle to stay connected to the people we love and to find some semblance of balance – what were these digital citizens onto that the rest of us should know?

I was about to find out.

This is the story of my journey, from the real world to the virtual world, and from coast to coast, and to the people I met who changed the way I saw the world as I sought to understand our changing minds and machines… and mend my own heart.