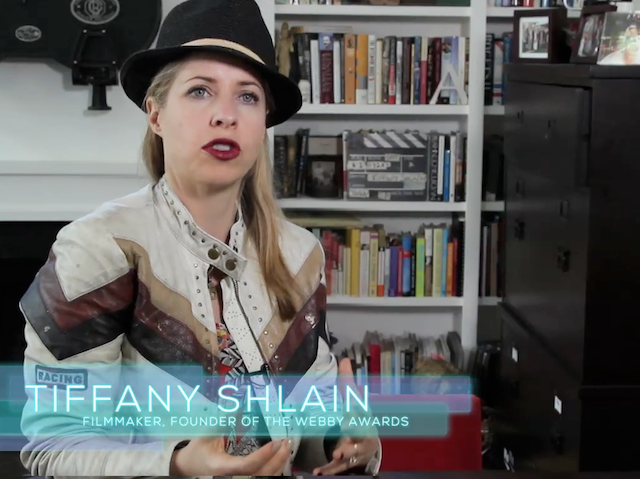 “I sometimes imagine that every post, tweet, and text is flooding the planet with oxytocin, making us more empathetic and more inclined to share and collaborate. Maybe this is why collaboration is on the rise.”  — Tiffany Shlain, The Harvard Business Review

Tiffany Shlain is an American filmmaker, artist, founder of the Webby Awards, and co-founder of The International Academy of Digital Arts & Sciences.

She has been invited to advise former US Secretary of State Hilary Clinton about the Internet and technology, was the on-air Internet expert on ABC’s Good Morning America, and the US State Department has used her films to represent American embassies  around the world as part of The American Film Showcase. Newsweek honoured her as one of the “Women Shaping the 21st Century”.

Tiffany has a background in academics. She is a Henry Crown Fellow of The Aspen Institute, a program which “seeks to develop the next generation of community-spirited leaders”, and received her BA in film theory and interdisciplinary studies at the University of California, Berkeley, where she was selected as valedictorian and received the highest honour in art — The Eisner Award — for filmmaking. Tiffany studied organizational change at Harvard Business School and Executive Education and Film Production at New York University’s Sight & Sound summer program. 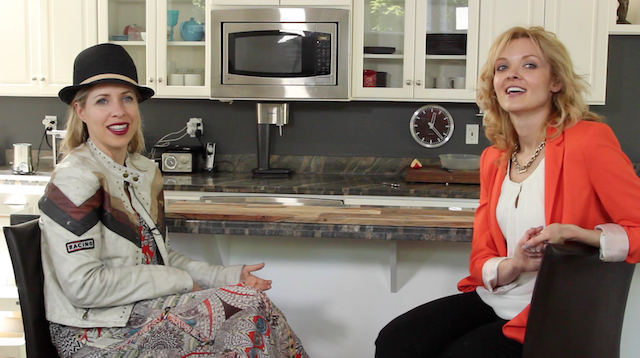 Tiffany has sat on the advisory boards of The MIT GeoSpatial Data Center, The Fledging Fund, the San Francisco Film Festival’s Filmmaker Advisory Committee, and the UC Berkeley Center for New Media and the Institute for the Future.

Her films and documentary work have received over 50 awards and distinctions, including a “Disruptive Innovation Award” from the Tribeca Film Festival.

Four of her films have premiered at the Sundance Film Festival, including her acclaimed feature documentary, Connected: An Autoblogography about Love, Death & Technology, which The New York Times hailed as “incredibly engaging”.

Tiffany is a member of The Writers Guide of America and contributes to The Harvard Business Review and Documentary Magazine.

She is a world-renowned speaker and is known for her visual and inspiring presentations. With multiple invitations, including Harvard, NASA, Twitter, The Economist Big Ideas conferences and several TED events, Tiffany’s talks and films have been viewed over 1 million times. TED Conferences published Tiffany’s first book, Brain Power: From Neurons to Networks.

Her latest film, The Science of Character, will be released March 20th, 2014 for #CharacterDay.

[Tweet “We have all these new ways to connect. But connecting broadly is meaningless unless you connect deeply.”]

[Tweet “For centuries we’ve been declaring independence perhaps its time to declare interdependence.”]

Tiffany can also be seen in: