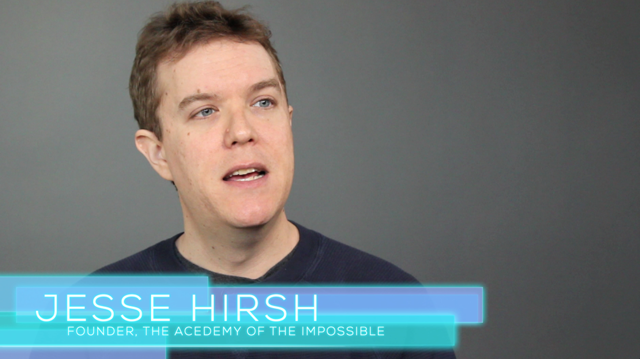 Jesse Hirsh is an Internet strategist, broadcaster, speaker and researcher based in Toronto, Canada.

Jesse studied at The McLuhan Program in Culture and Technology, University of Toronto, which works around the writings of media theorist Marshall McLuhan. The program’s mandate is to encourage understanding of the impacts of technology on culture and society from both theoretical and practical perspectives.

Jesse has a strong passion to educate people on the potential benefits and risks of technology.

He is a weekly contributor to CBC Radio One, where he explains and analyzes the latest trends and developments in technology.

Jesse also owns and operates Metaviews Media Management Ltd., a company that focuses on research and consulting around new media business models, big data, and the strategic use of social media.

Jesse is also a co-founder of the Academy of the Impossible, a platform for people to explore the present and future of digital peer-to-peer currencies.

He is actively involved on the advisory board for MacLaren McCann, one of North America’s most successful multi-disciplinary advertising agencies.

[Tweet “People find themselves isolated… that speaks to the tension between a society that rewards the individual and a human need for a communal life.”]

[Tweet “Isolation is what causes people to turn to online environments…”]

Jesse can also be seen in: