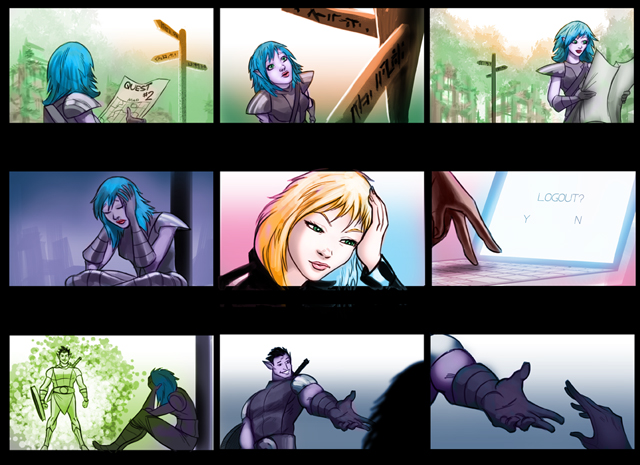 During the pre-production phase of Avatar Secrets, our first creative challenge was to create a virtual world, and Ramona’s avatar character, Tristanova.

While inspired by the fantasy worlds of online games, we decided to create something fresh — a world that referenced the scope and terrain of sprawling video games, and spoke to the blurred lines between real and virtual.

As we strategized about the balance of footage and animations, our first thought was that each chapter would end with a ‘secret’, and each would have a short 3D animation, a sort of sparkling nugget.

At that time we were still thinking through how we wanted to tell the story, which parts of the journey we wanted to include, and how the format would take shape.

We all agreed that what was different — and so special  — about this story was the adventure into the digital world.

Once we realized just how much of the story took place in the virtual world, and how essential it was not just to tell those stories but to show them — to recreate those experiences in all of their sensory glory — we knew we had our work cut out for us. 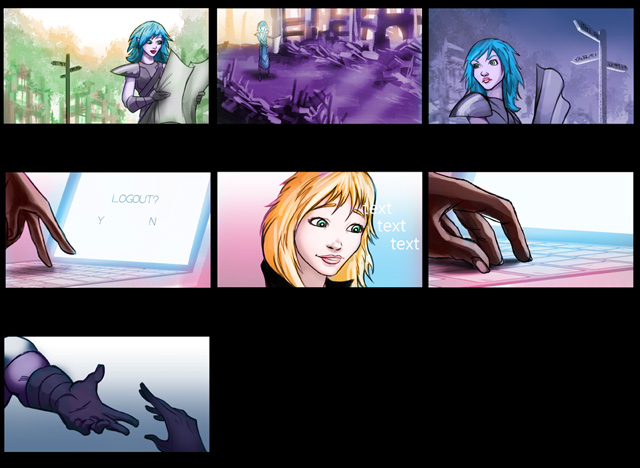 We were creating a documentary, but footage and machinima wouldn’t suffice, especially if we wanted to recreate the awe and wonder of tumbling down the virtual rabbit hole for an outsider audience not already immersed in online worlds.

Our creative team shared the belief that we couldn’t draw a hard line between real and virtual — none of us wanted to see animated game sequences plunked alongside photographic ‘real life’ scenes.

The two worlds had to be more seamlessly integrated and the design needed to be composited in such a way that the transition from one world to the other wasn’t harshly delineated by media format.

The storyboards were there to sketch out the full story and figure out the flow of the central narrative, which scenes we wanted to include and how we would transition through time, space, and between worlds.

As we saw the storyboards come to life, there was something about seeing the real world scenes drawn, alongside the scenes set in the virtual world, that spoke so closely to our storyline, and to the theme of blurring lines.

There would be no definitive line in the sand saying “this is virtual” and “this is real”.

It was a creative breakthrough.

Sure, the story needed to make sense, and the memoir journey needed to be grounded in footage, but the design rules had to be more complex than simply making scenes in the virtual world illustrated and scenes in real life photographic.

From Storyboard To Animation: Developing A Hybrid Style

From Storyboard To Animation: A Q&A With Ramona Pringle