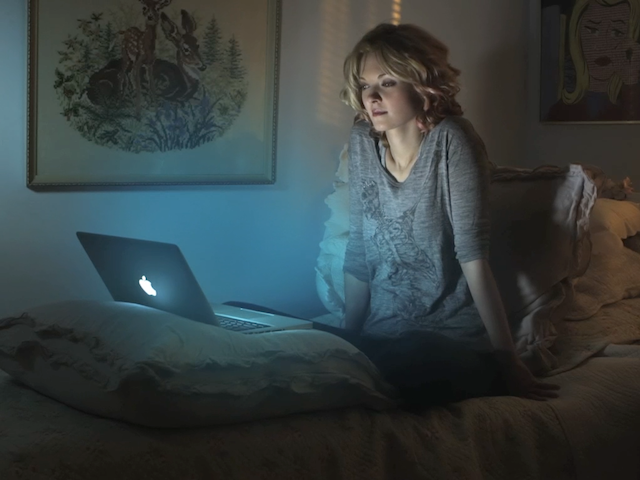 Have we become isolated from each other, splintered from our communities? Is technology – and the siren song of email pings and new message alerts – to blame?

The New York Times recently addressed what might be one of the greatest sociology debates of the last decade — and one of the key questions we’re exploring in Avatar Secrets —  in an article titled “Technology is Not Driving Us Apart After All“.

It’s a polarizing, and hotly debated discussion that everyone seems to have an opinion on, from research labs, to newsrooms, to dinner tables.

After all, we’re the guinea pigs, right? We’re all living increasingly digital lives, and the people around us — our friends, neighbours, and strangers  — are becoming ever more enmeshed in sprawling digital networks.

But do we have the hindsight to know if we’re better or worse off… and what, if anything, technology has to do with it?

Keith Hampton (@mysocnet),  Rutgers professor and subject of The New York Times article, set out to answer that question with his research, asking “Are we indeed socially hobbled by our little screens?” and if matters really have gotten worse, “How would we know? Worse than what?”

There’s a lot of nuance packed into these questions, and so it’s worth parsing the issue into its two main parts:

1. Are we more connected to each other then we used to be? Or less?
2. What, if anything, does technology – especially network technology – have to do with this?

There’s a popular contemporary belief that technology — especially the little glowing screens we all walk around with — is driving us apart, and that with the rise of mobile technology has come a decline in face to face activity, and community.

But is this true?

Even if it were to be shown that we’re more isolated than before, how much of that is correlated to the spike in mobile connectivity, and how much is true causation?

In other words, if we are lonelier than ever, is technology to blame? Or, have other factors disconnected us?

For generations we, as a society, have pursued the myth of the American dream, a dream that encourages the success of the individual at the cost of the collective, and measures value by monetary gain.

But as Jeremy Rifkin notes in The Empathic Civilization, this culture of every man for himself has created a society of singles. And the material validation that promised to make us happy, has instead been shown to make us miserable.

We are biological creatures with inherited needs and desires, and in a consumer culture where happiness is equated with monetary success, and independence is valued over community, we have found new ways  — and as we explore in Avatar Secrets, new worlds — to satisfy our primal desires to connect, to engage.

So perhaps, in a culture that promotes the individual, technology allow us to reconnect.

It’s just not always easy to see from the outside.

When one person gazes into a screen, in solitary, it can easily give the impression that that individual is isolated from the people, and world, around him. But is that really the case? Or is a person who would have been alone anyway, now able to connect?

As the The New York Times article states:

“According to Hampton… mobile phone users tended to be alone, not in groups. People on the phone were not ignoring lunch partners or interrupting strolls with their lovers; rather, phone use seemed to be a way to pass the time while waiting to meet up with someone, or unwinding during a solo lunch break. … From what Hampton could tell, the phones weren’t nearly as hard on our relationships as many suspect.”

“Hampton found that, rather than isolating people, technology made them more connected…. Hampton was one of the first scholars to marshal evidence that the web might make people less atomized rather than more.”

Interestingly enough, one of our production shoots for Avatar Secrets took us to Bryant Park in New York City, one of the very spots where Hampton conducted his research. And we did see a lot of people on mobile devices – probably more than the three percent he spotted.

There’s no mistaking the fact that we love our digital devices. But maybe it’s time to stop blaming our gadgets for isolating us, and start asking why it is that we’re so drawn to them?

What’s on the other side of the screen, or beyond the screen?

Could it be, that the reason we love our devices so much, is because they help close a rift that’s been forming for decades now? That they actually help us connect, as opposed to the contrary?

Maybe it’s time to stop looking for a scapegoat in technology —  first it was rock n’ roll, then video games, then mobile devices — and really be introspective about the culture we’ve built, and the values we reward as a society.

There’s a paradox at play, and that’s part of why this remains such a hotly debated topic: technology makes it easier than ever for us to connect, and yet we’re still alone, still lonely. But, why?

We’ve spent our time collectively wondering about if and how technology is driving us apart, yet maybe we’ve been asking the wrong questions.

What if it’s not the technology we’re addicted to, but each other.

Society creates divisions, maybe technology is giving us the opportunity to reconnect  and show us what we really need and want.


2 thoughts on “Divided No More: The Great Technology Paradox”